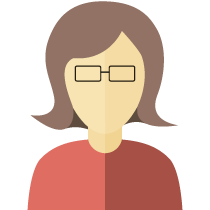 Toilet leaks aren't entirely uncommon, which means that they're something that the average homeowner may, unfortunately, ignore for a while. While it may seem easy to ignore a toilet leak for a little while, this could actually end up doing a lot more damage than you would expect. If you've noticed that liquid is seeping out of the bottom of your toilet, then you need to call a plumber ASAP. Here's why.

Unlike other kinds of toilet leaks, when a toilet seeps from the base, that means that it's leaking the fluid that's exiting the toilet, not going into it. In other words, what's seeping out is wastewater, or what you put in the toilet before flushing it.

Unfortunately, this can cause all sorts of problems for you. It can not only create an unpleasant smell and stain around the base of the toilet, but it's also dangerous for you to come into contact with. Human waste products are full of dangerous bacteria that aren't safe to be around, so keeping clean and avoiding any seeping fluid is an absolute must.

Unfortunately, damage to you isn't the only problem you're likely to face with this issue. Once a toilet starts seeping from the bottom, some of the fluid that's exiting the toilet is likely to end up under the floor. Again, this can cause staining and bad smells, but to make matters worse, it can lead to the rotting of your floor or subfloor.

The problem here is that typically, once wood rot starts, it quickly spreads. Wood rot can lead to an entire floor needing to be replaced if it's ignored for too long.

The easiest way to keep this headache to a minimum is to contact a plumber as soon as possible. By getting in touch with a plumber, you can quickly see to it that the problem is resolved and that the damage to your flooring is inspected. If it's beginning to rot, the plumber may be able to assist you or can point you in the direction of a contractor who can perform reliable repairs.

In the meantime, your plumber will likely repair the leak by placing a new seal at the base of the toilet. After all, the problem usually occurs when the toilet loses its hold on the floor and the seal starts to shift as a result. With a new seal in place, any water exiting the toilet should make it to the pipe beneath it, ensuring that no wastewater makes it into your home and poses a risk to you or your floors.